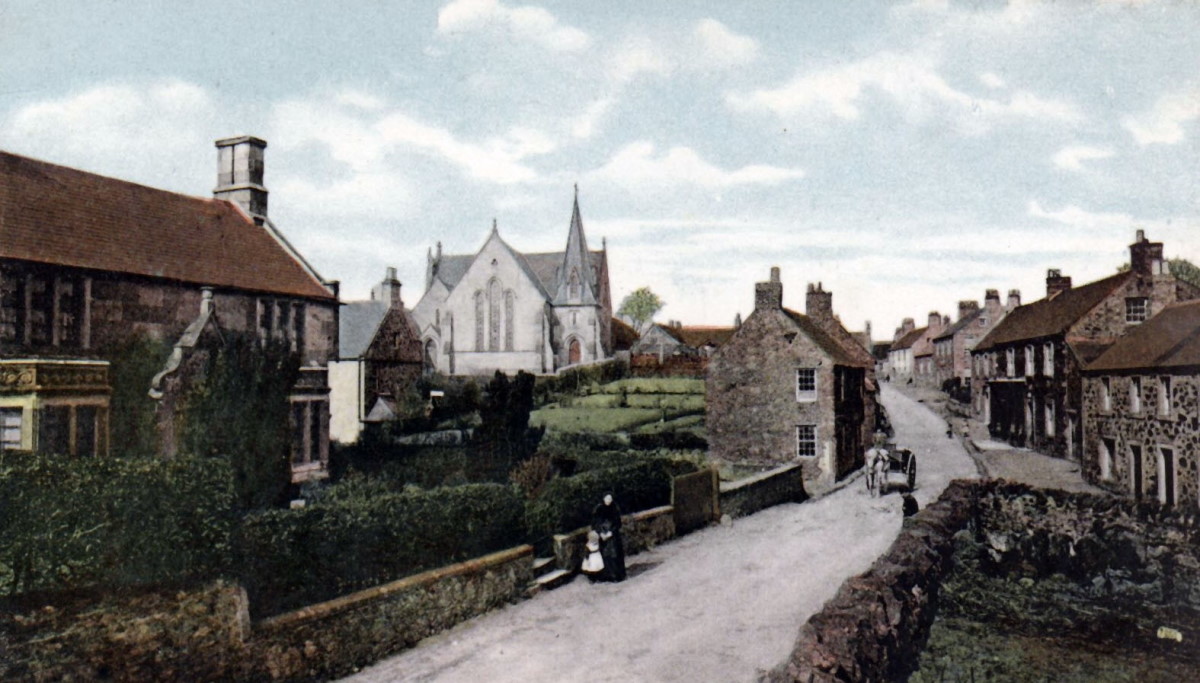 In a shallow basin, formed by spurs of the Lammermoors as they slope down to terminate in a line of cliffs that rise sheer from the sea, lies the village of Coldingham. It is situated about two miles inland in a southerly direction from St Abb's Head.

There are villages with more romantic surroundings, but few sights so suggest a life of idyllic peace as that which meets the eye as one comes over the top of Temple Hall Hill, and sees the village bathed in the glow of the afternoon sun, with smoke rising lazily, welcome evidence that tea is in prospect.

One can see at a glance that no Dean of Guild has had the planning of the village. It is characterised by a charming irregularity, the houses presenting every possible angle to the street. One thing seems to have been aimed at with something like unanimity - to have the house-fronts towards the sun, and this has been attained with a wonderful amount of success.

For many years Coldingham was a happy hunting-ground of artists, and many of its picturesque nooks have been transferred to canvas. Not so long ago the roofs were of thatch or red tiles, and one house of no very ancient date still bears the name of The Blue House, because it was the first to boast the distinction of a slated roof.

Recent improvements have somewhat spoiled the village from the artists point of view, but every year makes it a more desirable place for a holiday for those who have eyes for the pictures that Nature paints on her canvas.

In other respects, too, the tide of change has set in. The older inhabitants recall the time when there was no means of covering the three and a half miles between the village and the station except "shanks' naig," or a lift in "Robbie Blair's cairt." The frugal folk would have considered the payment of a shilling for a ride to Reston as a "sinfu' waste o' siller." But though Coldingham has not been able to shift its position nearer the railway, the railway has step by step been brought nearer to it.

When Robbie Blair got a spring-cart it was a village wonder. In due time the need for a regular bus service was felt. And only this year a further step has been taken, and the foot traveller finds himself covered with stour from the flying motors. It has been found not impossible to preserve something of out-of-the-worldness and still enjoy the conveniences of modern life.

The majority of the inhabitants depend for their living upon agriculture and the crafts connected therewith. But many still remember the time when every house in the Bogan and many in Coldingham itself, were musical with the whir of the shuttle. The American Civil War dealt the weaving industry a blow from which it never recovered, though it lingered on among a few old men. The last of the weavers, George Scott, died about twelve years ago. A picturesque, old word figure he was, as he sat behind his loom driving his shuttle to and fro and conversing in richest Doric with the customers, "gentle and semple" as he himself described them, who visited his shop. His methods of business were hardly modern. Asked one day if he had any patterns of his work, "Ou ay, ma leddy," he replied, and going to the door he shouted "Mauggie" to which a shrill treble replied "Ay." "Come here and show this leddy yer daidle." 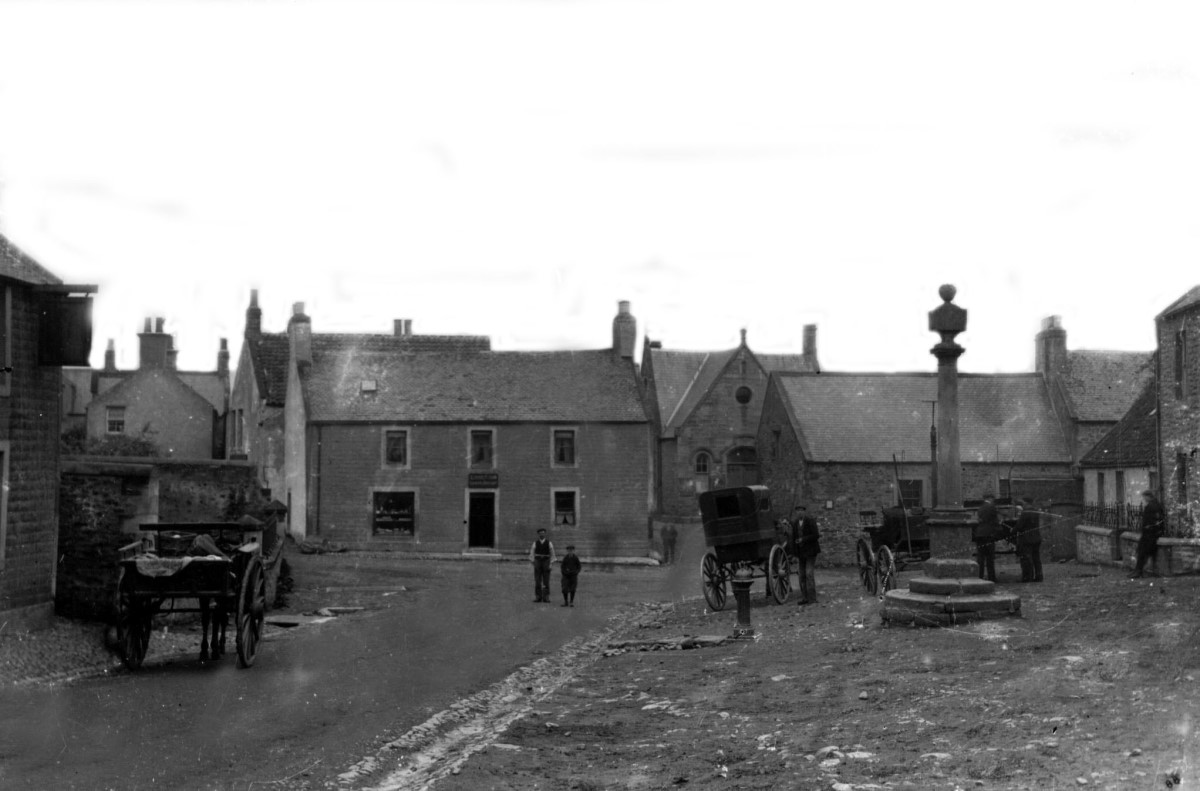 Coldingham Shore, now St Abb's consisted then only of the "Under Raw" and the Fishers' Brae, the name still given to the steep hill leading to the foot of the village, is a relic of the time when most of the fishermen lived in Coldingham, and carried down their gear by the Creel Path. 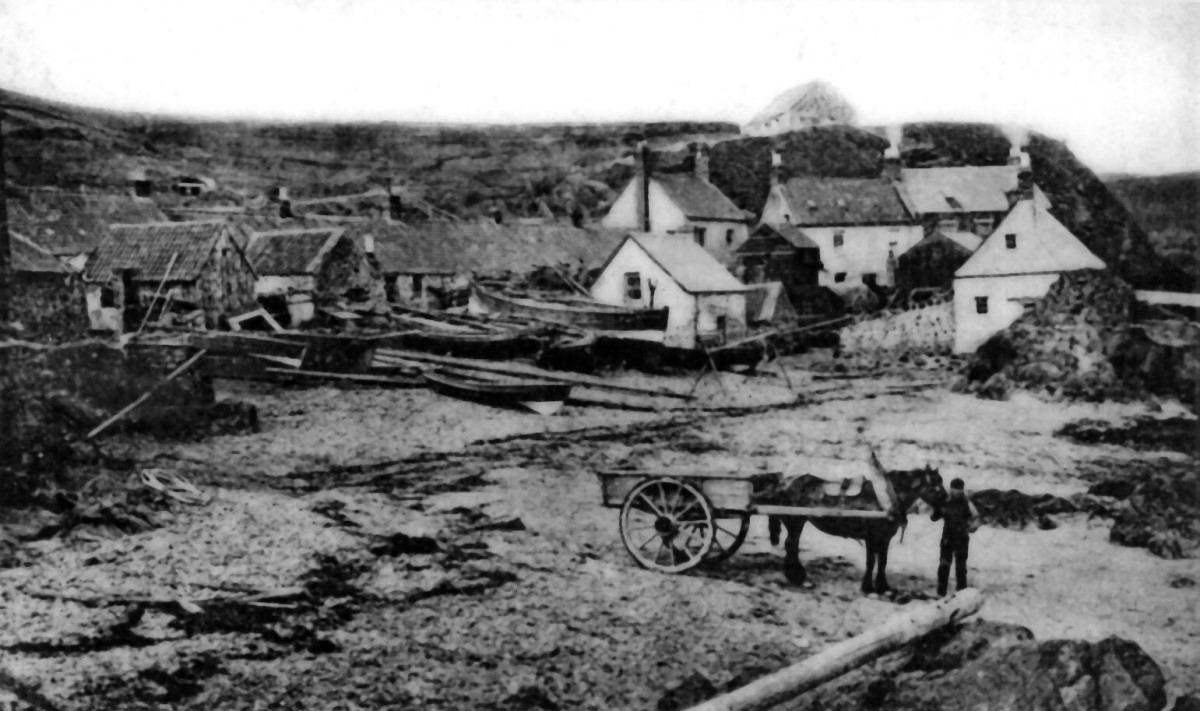 An industrious, thrifty race they were, men and women, not without homely joys that coloured the drab of their lives. The outstanding event in life was the Fair in July. Stalls were erected along the street at which gingerbread was sold to the youngsters, while the housewives then procured sundry articles which could be got at no other time. The fishermen never began the "drave" till the Fair was over.

Coldingham folk shared in the puritan tradition of Scotland. No work was done on the Sunday that could not be brought within the strict category, "the works of necessity and mercy". The man who did not shave on Saturday night, the housewife who left the vegetables to be prepared on the Sabbath morning, were looked upon as latitudinarians of questionable morality.

Almost all the inhabitants divided their allegiance between Kirk and the Meetin'. The kirk folk belonged to the Church of Scotland and worshipped in the Priory. The Meetin' folk were the Seceders, now the United Free Church. There are people still living who look back with veneration upon the old barn-like structure with its earthen floor, its hard seats, the sconces that held the candles when there was evening service, the table seats for the communion, the pulpit with its massive sounding board. And of the modern structure that took its place in 1870 they would probably say, in the words of the old song:- "There ne'er could be a new kirk wad seem sae fair to me." 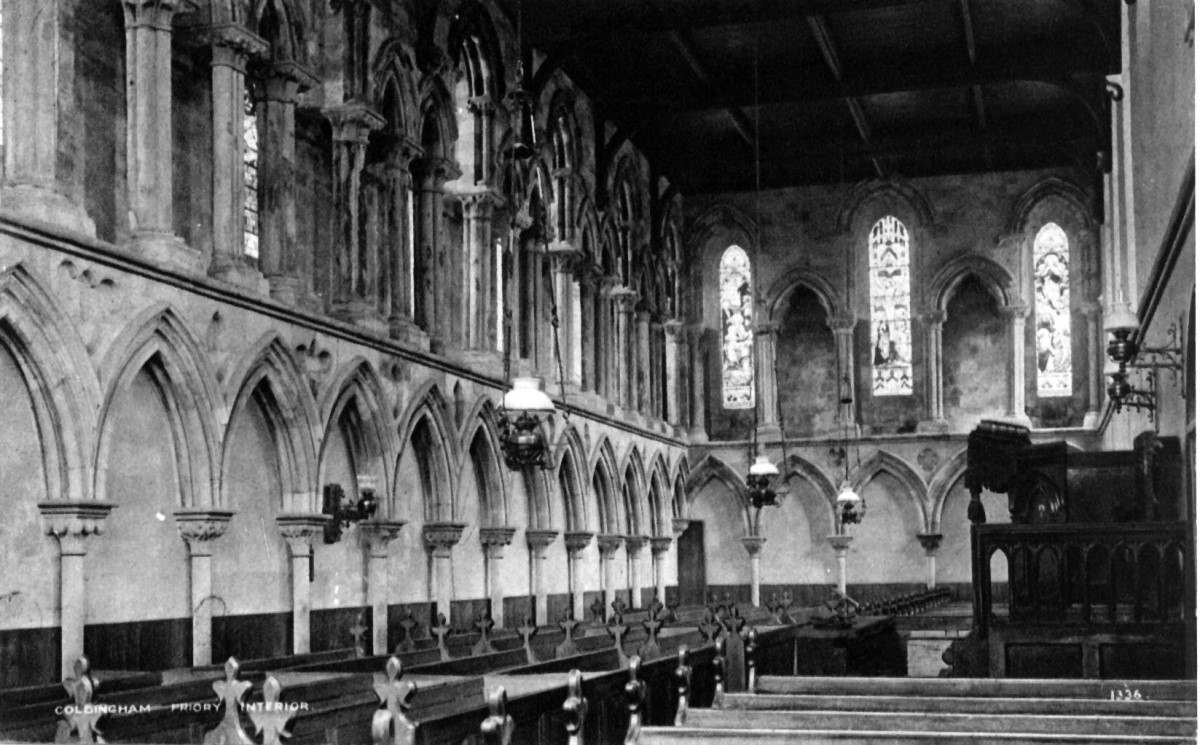